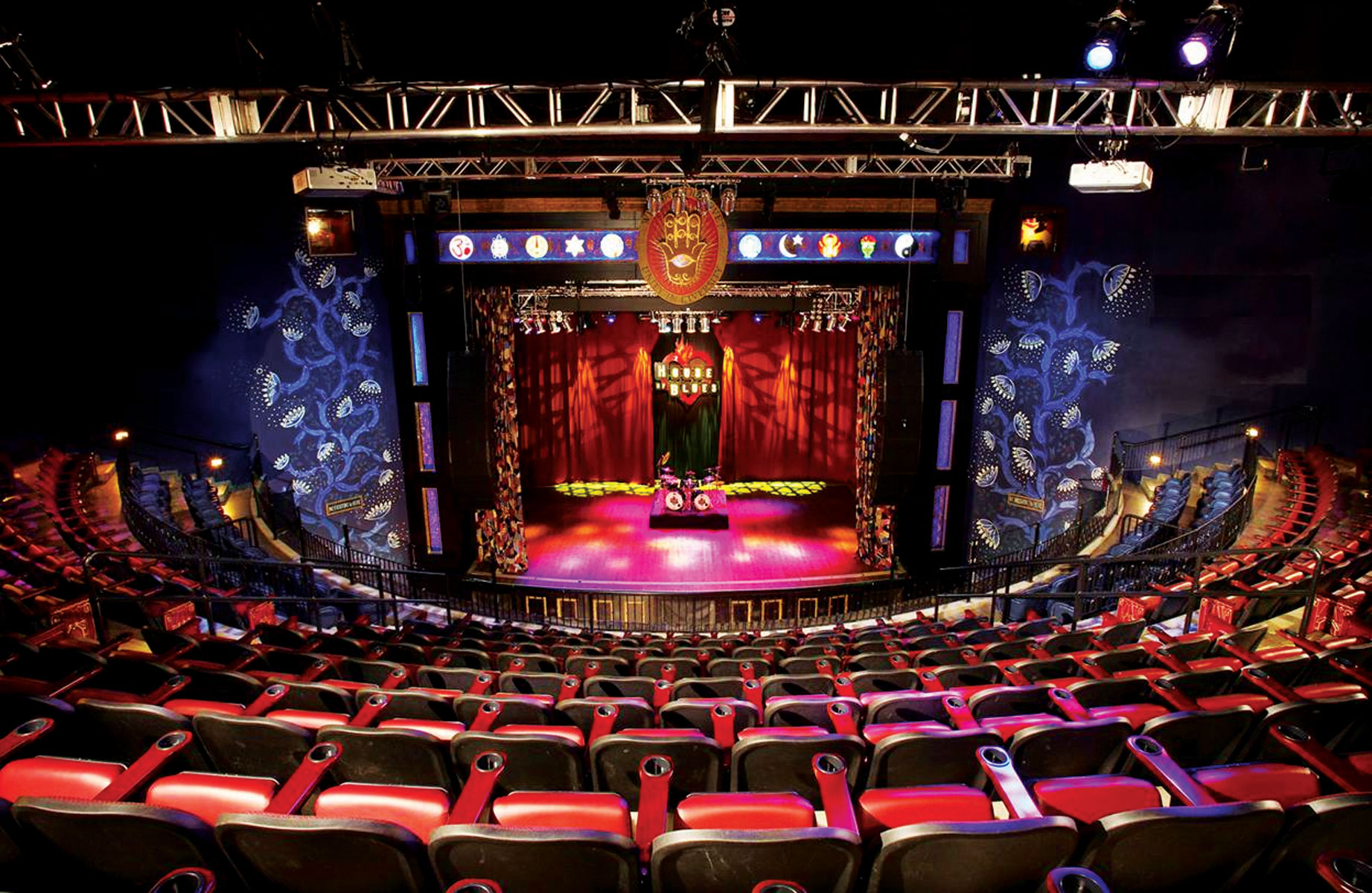 Houston is a multicultural city with a thriving international community supported by the third largest concentration of consular offices in the United States, representing 86 nations. In addition to historical Houstoneast Texas culture, Houston became the fourth-most populous city in the United States. Officially, Houston is nicknamed the “Space City” as it is home to NASA’s Lyndon B. Johnson Space Center, where Mission Control Center is located. “Houston” was the first word spoken on the moon. Many locals refer to Houston as “Bayou City.” Other nicknames include “H-Town”, “Clutch City”, and “Magnolia City”.

About 90 languages are regularly spoken in the Houston area. Some neighborhoods with high populations of Vietnamese and Chinese residents have Chinese and Vietnamese street signs in addition to English ones. Houston has two Chinatowns—the original located in East Downtown and the other along Bellaire Boulevard in the southwest area of the city. The city also has a Little Saigon in Midtown and Vietnamese businesses located in the southwest Houston Chinatown.

There are many popular events held in the city celebrating cultures of Houstonians. The largest is the annual Houston Livestock Show and Rodeo that is held over 20 days from late February through early March. The event begins with trail rides that originate from several points throughout the state, all of which convene at Reliant Park for a barbecue cook-off. The rodeo includes typical rodeo events, as well as concert performances from major artists and carnival rides. Another large celebration is the annual Houston Gay Pride Parade held at the end of June to commemorate the struggle for gay liberation, gay rights, gay pride, and the Stonewall riots of the late 1960s in New York City. The event is held in Downtown Houston (2015 and beyond) – prior to 2014 the parade was held along Westheimer Road within Neartown—home to many gay establishments, such as restaurants, bars, nightclubs, and coffeehouses. Other events held annually include the Houston Greek Festival and Houston International Festival. 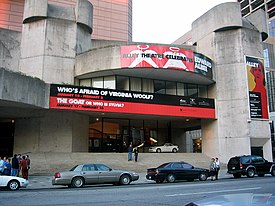 Houston’s Theater District is ranked second in the country (behind New York City) in the number of theatre seats in a concentrated downtown area with 12,948 seats for live performances and 1,480 movie seats. The Theater District is located in the heart of downtown and is home to nine of Houston’s performing arts organizations and six performance halls. Houston is one of only five cities in the United States with permanent professional resident companies in all of the major performing arts disciplines: opera (Houston Grand Opera), ballet (Houston Ballet), music (Houston Symphony Orchestra), and theatre (Alley Theatre). The city has visual and performing arts organizations, along with a dose of homegrown folk art such as Art Cars. Houston is widely recognized as an important city for contemporary visual arts. The city is a stop for touring companies from Broadway, concerts, shows, and exhibitions for a variety of interests, ranging from the nation’s largest quilting show to auto, boat, home, and gun shows.

Houston’s theatre scene is far larger than the Theatre District, with more than 30 professional, regional, and community theatre companies producing full seasons of theatrical productions. The most notable being the Alley Theatre, founded in 1947, the Alley is the only theatre in Texas to win the Tony Award for best Regional Theatre and is the third oldest professional theatre in America. The Alley produces a variety of classical and modern works annually. Throughout its history the Alley has produced numerous world premiers and productions that transferred to Broadway. Theatre Under the Stars, is Houston’s premier musical theatre company, which performs in residence at The Hobby Center for the Performing Arts and produces an admission free musical every summer at Miller Outdoor Theatre. Other notable theaters include The Ensemble Theatre, which gives voice to the African-American community and Talento Bilingüe de Houston, which spotlights playwrights and actors who express the Latino experience in America. Other significant theatres include Main Street Theater, with its broad spectrum of classical and contemporary classics, the quirky Theatre Suburbia, which has developed a reputation in the Houston arts community for showcasing local playwrights emphasizing a peculiarly Texas perspective, Stages Repertory Theatre, which focuses on bringing original works and regional premiers to Houston, Catastrophic Theatre Company, a “pay what you can company” that produces experimental theatre, Stark Naked Theatre, a theatre company founded by actors to empower their own work, and Mildred’s Umbrella Theatre, which showcases plays featuring strong females. Current information about these theatre companies, venues and performances is available through the Houston Arts Alliance web site.

Houston has an international flavor and is home to several multicultural arts organizations including: MECA (Multicultural Education and Counseling through the Arts), Kuumba House Dance Theatre, and Nuestra Palabra: Latino Writers Having Their Say.


DigiMarCon Houston 2021 is your chance to …

– Hear from the most audacious and provocative speakers in the digital marketing industry.
– Gain insight into emerging strategies, the latest innovative technologies, and best practices.
– Network with thought leaders, build your network and collaborate with your peers.

DigiMarCon Houston 2021 Digital Marketing Conference will be held from May 26th to 27th, 2021 at the luxurious JW Marriott Houston Hotel in Houston, Texas. Whether your goal is to reinforce customer loyalty, improve lead generation, increase sales, or drive stronger consumer engagement, the DigiMarCon Houston 2021 program has been specifically designed to help attendees develop their audience.

DigiMarCon Houston 2021 offers all of the elements you need to achieve digital marketing success! Conventional thought will be challenged, new ways of thinking will emerge, and you will leave with your head and notebook full of action items and ideas to lead your agency / team / account to even greater success.

Come to DigiMarCon Houston 2021 and discover how to thrive as a marketer in a world where everything is digital.

ake advantage of our super saver registration rates and secure your seat early.

Business and marketing professionals have a lot of choice in events to attend.
As the Premier Digital Marketing Conference & Exhibition Series worldwide
see why DigiMarCon stands out above the rest in the marketing industry
and why delegates keep returning year after year

Building relationships matter! At DigiMarCon Conferences we have more networking breaks on our program than others. On average there are 8 Networking breaks at each event giving delegates ample opportunities in a relaxed atmosphere to meet others over the 2-days at the event; from 1-hour round table networking luncheons to 3-hour dinner receptions. These networking breaks are set in picturesque locations to facilitate memorable experiences while fostering new relationships. Such experiences include enjoying cocktails and the Sunset over the Pacific Ocean on a private Ocean Terrace in Santa Monica, to being on the Sydney Olympic Stadium playing arena at night enjoying cocktails under the lights, to dining at the 360 Revolving Restaurant at the top of the CN Tower in Toronto for a Dinner Reception, enjoying cocktails on a private promenade overlooking Times Square in New York City, or having fun at the Dazzles Night Club onboard the Royal Caribbean Oasis of the Seas for a Farewell Party, etc.

DigiMarCon Keynotes, Panels and Master Classes are facilitated by the foremost thought leaders in the industry, from celebrity social media influencers to CMO’s from the largest Fortune 500 company brands that are disrupting the digital marketing industry, such as Google, Facebook, Microsoft, Amazon, Oracle, Adobe, eBay, Netflix and more. All presentations are pitch-free, and include actionable takeaways, case studies, strategies and tactics, ready to be applied when back in the office.

At DigiMarCon Conferences you are never ‘left in the dark’…. literally, in a large room far away from the stage and speakers, crushed in tight theater seating, without even a desk, while sitting in the dark. At DigiMarCon all delegates have premium meeting space in luxurious ballroom well-lit spaces, with comfortable seating with desk enabling delegates to use their laptop to take notes with ample charging facilities onsite in a comfortable space to learn and thrive. All tables are situated close with direct view of the stage.

DigiMarCon Conferences are affordable to attend, from single-day event passes up to two-day VIP options at a fraction of the cost of other industry events. We offer significant discounts for early bird registrations. Additionally, on top of time-limited discount pass rates, because budgets are tight, we want to make sure all groups have a chance to attend DigiMarCon. For government employees, students, academic, startups, non-profit organizations and teams, we offer generous discounts off the prevailing registration price.

Attend DigiMarCon and you become part of the show! DigiMarCon Conferences tap into the talent of the room, drawing from the knowledge and experience of the professionals in the audience. All DigiMarCon events include regular interactive question and answer sessions with speakers and the audience ideal for collaboration, audience polls, along with ice-breaker and group exercises, steered by charismatic Emcees.

Meet the Speakers in Person

DigiMarCon Conferences put you right up and close with the speakers giving you the opportunity to meet these social media influencers which you follow in person. Speakers are never hidden in private speaker rooms away from the audience, they are in the auditorium sitting right beside you and participating.

Attending a conference is a well-researched decision. There are many factors to consider such as location, time, venue, cost, speakers, content, etc. At DigiMarCon our results-obsessed Customer Service team are at your service before, during and after the event to help with your needs. It’s at the core of what we do — it drives our business. Offsite, we are ready to assist you via phone, ticket or chat. Onsite at our Conferences, friendly DigiMarCon staff serve as your hosts. They welcome your input and are happy to assist you.

DigiMarCon All Access & VIP Passes include a 12-month on demand access to hundreds of hours of DigiMarCon speaker keynotes, panels and master class presentations from recent DigiMarCon Conferences, including videos, slide decks and key takeaways, available on demand so you can watch what you want, when you want.

Attendees of DigiMarcon Conferences gain membership to an exclusive global Digital Marketing Community of over 500,000 worldwide subscribers to our award-winning digital marketing blog and over 70,000 members to our Digital Marketing Professionals Group in LinkedIn (visit https://www.linkedin.com/groups/2661359/). This global community comprises of innovators, senior marketers and branders, entrepreneurs, digital executives and professionals, web & mobile strategists, designers and web project managers, business leaders, business developers, agency executives and their teams and anyone else who operates in the digital community who leverage digital, mobile, and social media marketing. We provide updates to the latest whitepapers and industry reports to keep you updated on trends, innovation and best practice digital marketing.

REGISTER NOW TO SAVE YOUR SEAT
To ensure all attendees get the full benefit of an intimate conference,
we are only offering a limited number of available seats.
RESERVE MY SEAT NOW
AS FEATURED IN: